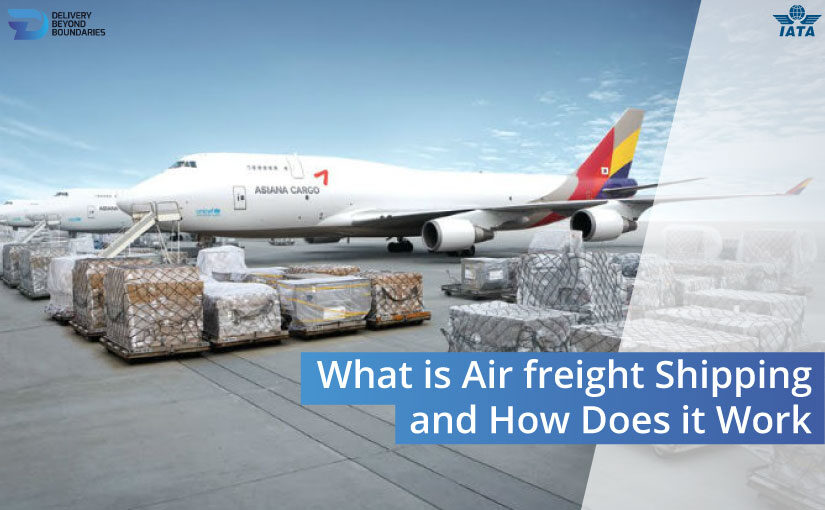 Businesses around the world are choosing airplanes as a mode of transport to ship their goods internationally. The reason is that air transport offers a speedy service along with reliability and ensuring safeguard of products. Air transport also helps businesses in expanding their operations to more countries. This article explains the process of air freight shipment across international borders.

What Is Air Freight Shipping?

Airship cargo package conveyance is the exchange and shipment of products through an airplane. Air transport administrations are the most important with regards to moving express shipments all over the planet. Very much like business or traveler aircraft, airship cargo flies in similar passages.

Process of Shipping via Air:

The first step for you as a consignor is to decide upon an air freight forwarder as per the requirements. Once you have finalized the suitable options, approaching them for a quote so that you can make a booking with the one that fits in your per-determined budget.

After comparing between quotes from various international freight forwarding agencies and deciding the one you want to hire, the next step is to confirm your booking of shipment with them with details such as via a written agreement

Goods to be shipped.

Liability of both parties.

3. Storage and Warehousing- Once you have confirmed a booking, the goods that you have to ship outwards are transported to the storage facility of the international air shipment services provider. The products remain in the warehouse till the date of shipment arrives.

4. Finalizing Incoterms- Incoterms are short for International Commercial Terms. These are conditions of agreement between the consignor and the consignee. It is your duty as a consignor to make a written agreement with the consignee and convey the same to the international freight forwarding services provider you have hired.

5. Export Custom Clearance- Once the Incoterms are agreed in a written format, the air freight cargo service provider process your file based on all the documentation and regulations to be followed to obtain export custom clearance.

6. Origin Handling- This is the part where your goods are finally ready to be exported. The international freight forwarder moves the goods from their warehouse to the loading dock of the aircraft after ensuring the proper packaging of goods for the transit.

7. Import Customs Clearance- When the products reach the destination country, the freight forwarder begins the process of import customs clearance.

8. Destination Handling- After getting the import customs clearance, the goods are ready to be transported from the unloading dock to the shipper’s warehouse. Hence, the freight forwarder agency has to arrange for proper transportation.

9. Import Haulage- In the final step, merchandise is finally transported to the place consignee’s choice as per the agreement. This step completes the cycle of air freight transportation internationally.

How Does Air Freight Work?

What you’re delivering, the transporter and carrier you use, and the shipment’s chargeable weight influence the rate. The chargeable To conclude, air freight service has factored into the huge growth of various industries. Due the process being so simple and easy to understand, every business activity becomes easier and more effective. Hence, it is the right time for you to commence using air planes as the mode of transport to ship your products in the international market.

weight is the gross weight (counting the cargo, bundling and bed) or the volumetric weight – whichever is greater. Volumetric weight is determined utilizing a recipe that partitions the freight’s estimations (LxWxH) by a layered weight factor. Normally, bigger things that weigh less occupy more room than little, weighty things, which is the reason air freight transporters utilize the chargeable weight recipe

23,550 thoughts on “What is Air Freight Shipping and How Does it Work?”